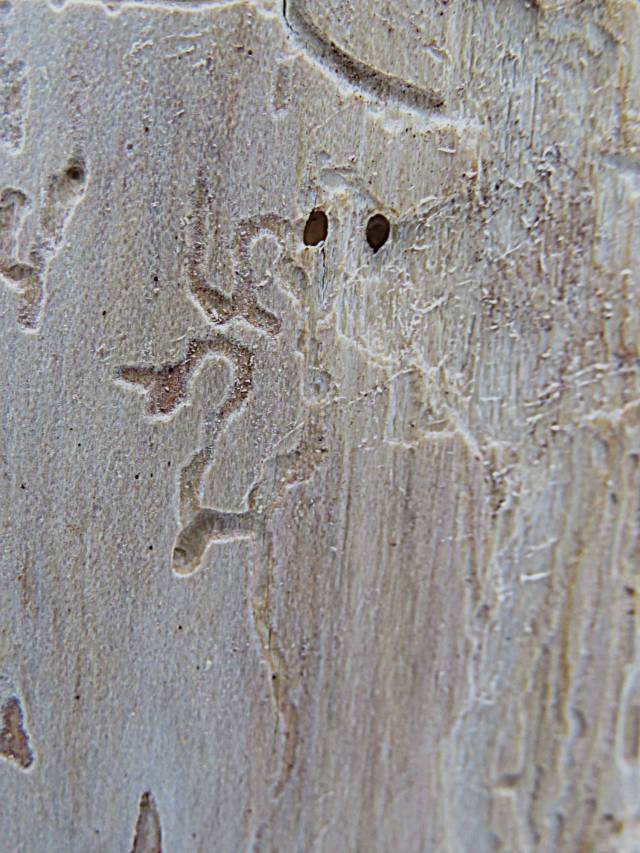 On our walks I often come across what appear to be hieroglyphic images written where the bark has fallen away from the tree trunks. 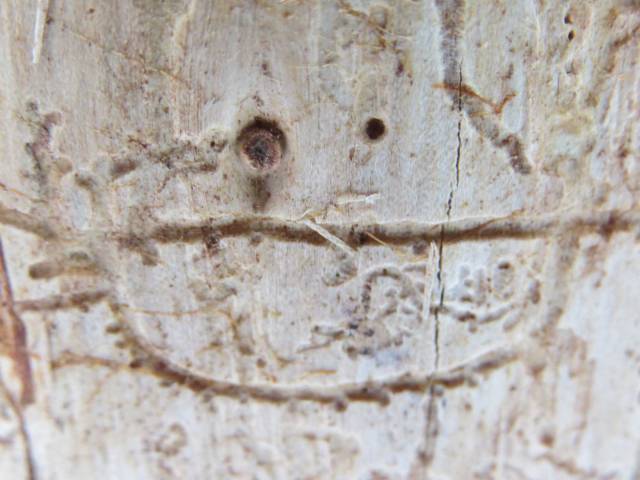 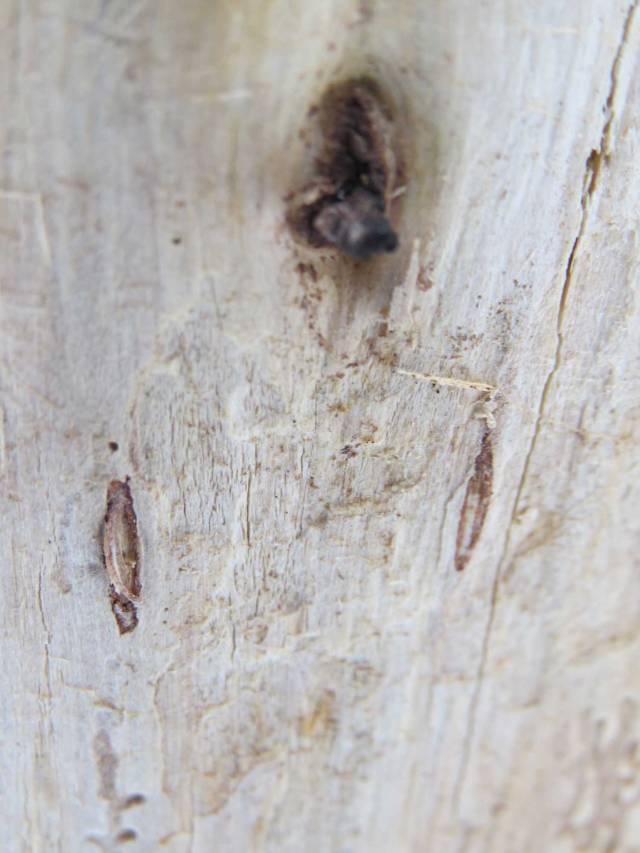 Each person’s imagination will see something different, so I won’t reveal my ideas but allow others to form their own. 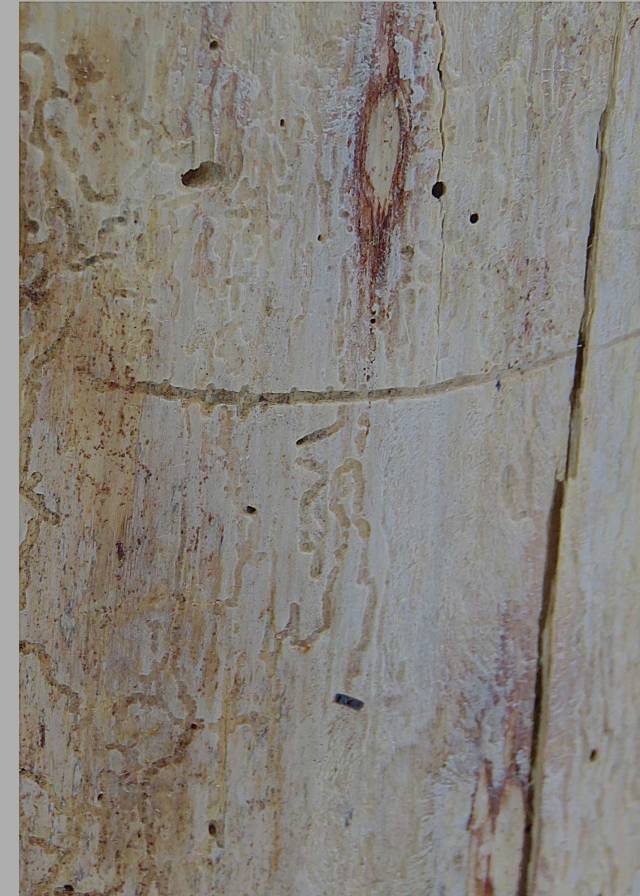 I find them fascinating and I never cease to marvel at the things that show up in the woods,,,

i·mag·i·na·tion (ĭ-măj′ə-nā′shən)
n.
1.
a. The ability to form mental images of things that are not present to the senses or not considered to be real: The author uses her imagination to create a universe parallel to our own.
b. The formation of such images: a child’s imagination of monsters.
c. One of these mental images: “some secret sense … which … took to itself and treasured up … her thoughts, her imaginations, her desires” (Virginia Woolf).

hieroglyphic (ˌhaɪərəˈɡlɪfɪk)
n
1. (Letters of the Alphabet (Foreign)) a picture or symbol representing an object, concept, or sound
2 a symbol or picture that is difficult to read or decipher 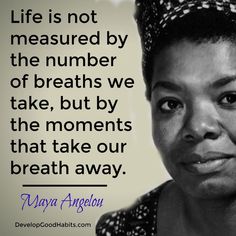 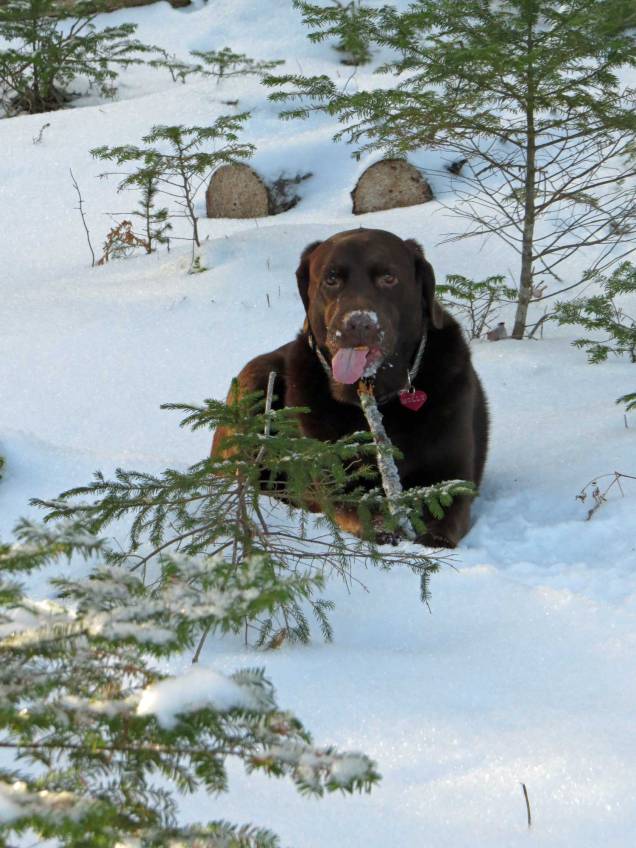 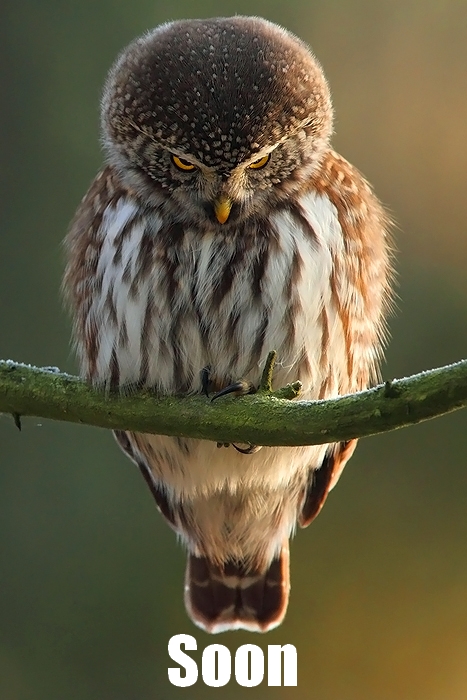